I am so happy to be back blogging and today is very special. I am very blessed to be asked to participate in the "Fire Falling Release Tour" and my Blog is on the first stop. You should know i think the author is awesome and hilarious and i was very lucky to be able to get ARCs for BOTH Air Awakens and Fire Falling. Enough of my rambling and on with the Actual Review. 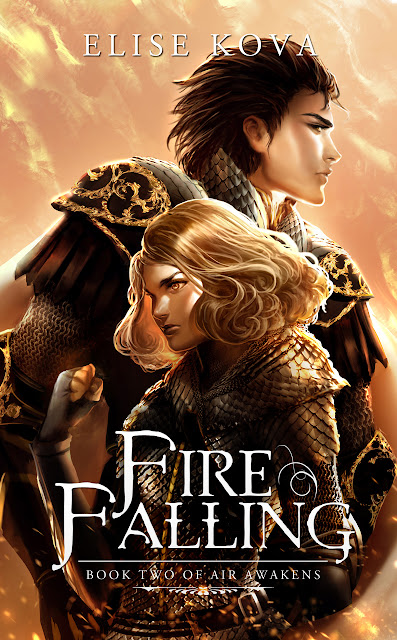 Title: Fire Falling, Book Two of Air Awakens
Publication Date: November 19th, 2015
Author: Elise Kova
Summary:
Soldier… Sorcerer… Savior… Who is Vhalla Yarl?
Vhalla Yarl marches to war as property of the Solaris Empire. The Emperor counts on her to bring victory, the Senate counts on her death, and the only thing Vhalla can count on is the fight of her life. As she grapples with the ghosts of her past, new challenges in the present threaten to shatter the remnants of her fragile sanity. Will she maintain her humanity? Or will she truly become the Empire’s monster?
Author's Bio:

Elise Kova has always had a passion for storytelling. She wrote her first novella, a high-fantasy, in sixth grade. Over the years she’s honed her love of literature with everything from fantasy to romance, science fiction to mystery, and whatever else catches her eye.
Elise lives in Saint Petersburg, Florida, where she’s currently working on the next installment in her debut YA fantasy series: Air Awakens. She enjoys video games, anime, table-top role playing games, and many other forms of “geekdom.” She loves talking with fans on Twitter (@EliseKova) and Facebook.

Follow Elise Kova on Goodreads
Follow Elise Kova on Amazon
***********
I was one of the lucky few that was sent an ARC * and i am so happy, i don't think i would be able to wait till the release date* and honestly i JUST finished "Air Awakens" the other day because of personal reasons and i was reminded that i had to read Fire falling SOON, i practically ran to read it on my Kindle at midnight Wednesday and finished at 3 am,and i am still in shock. 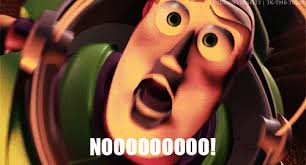 I mean how do you recover from something like that, how do i sit down and write a coherent review!?


Okay, so it picks up off from Air awakens when Vhalla was sentenced and sent to war. Vhalla is still not over Sareem dying and is blaming herself for it and she has to deal with the way people perceive her as a monster, a murderer.

She has to really learn how to fight in combat and access her true magic with prince Aldrik as her teacher.

You Poor Tortured Soul with the fate of the Empire on your shoulder.

I feel like i relate more to Aldrik than Vhalla, i mean at times she would be a strong awesome girl but then most times she weak, crying and meek. Her guilt got the best of her too many times, i needed her to be stronger.

The times when she was REALLY fighting and actually opening up and standing up for herself i would scream out YES VHALLA YES! but those were far too many.

When she's with prince aldrik, there were some amazing times and funny moments, i was rooting for them all through the story, she can be herself around him and she doesn't judge him. He lets her see the True prince not the side everyone hates.

And that scene that turned the tides. THAT SCENE.i won't go into details because i am horrible at unintentional spoiling people.

I loved learning more about other parts of the world and i loved that Vhalla made new friends but laurel will always be the ultimate bestie for me.

I REALIZE THIS REVIEW IS EXACTLY HOW MY BRAIN IS PROCESSING FIRE FALLING. DISJOINTED AND BREAKING OFF AND ON SENTENCES. 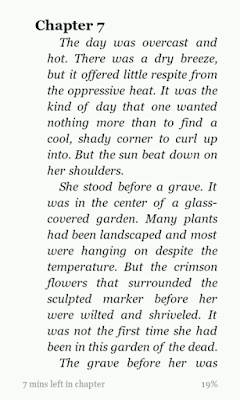 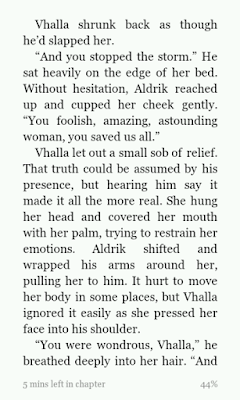 Enjoy and enter this amazing Giveaway:


You can follow the rest of the tour here